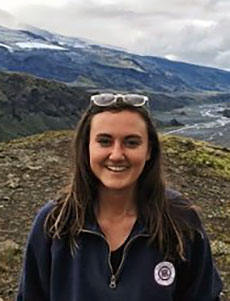 Constraining natural and forced climate variability impacts interpretations of past climate variations and predictions of future warming. However, comparing Global Climate Models (GCMs) and Holocene hydroclimate proxies reveals significant mismatches between simulated and reconstructed low-frequency variability. Reconciling models and data requires the use of long cores that extend beyond multi-centennial timescales. We seek to constrain slow modes of climate adjustment using a novel framework for fingerprinting forced and unforced variability in Mg/Ca and Uk37 hydroclimate proxies at ODP sites 1084B, 658C, and 1019C. We will identify spatiotemporal statistics of forced and unforced variability using GCMs, and use proxy-system models to assess how variability would appear in the proxy record depending on location. Simple physical models will provide additional insight into the physical mechanisms driving variability. This project will improve understanding of how variability is filtered by Mg/Ca and Uk37, and recover signals of low-frequency forced and unforced variability over the Holocene.

I developed an interest in climate while growing up in rural Oregon, which inspired me to pursue a career in geosciences. I was first introduced to paleoclimate research while an undergraduate at Harvard University, where I worked on constraining sea level during the Last Interglacial with Professors Tamara Pico, Peter Huybers, and Jerry Mitrovica. My work on paleo sea level sparked an interest in glaciology and ice-sheet response to changing temperatures, and I worked at NASA Goddard Space Flight Center to study seasonal ice dynamics in Greenland under Dr. Denis Felikson. After graduating, I explored methods to constrain the past extent of the North American ice sheets as a research assistant at California Institute of Technology advised by Tamara Pico. After conducting research on both modern climate and paleoclimate, I realized that my interests lie at the intersection between the two: studying paleoclimate offers a method for contextualizing present-day large-scale changes in the climate system, unprecedented in the instrumental period. This realization led me to a Ph.D. at the University of Washington, where I am advised by Gerard Roe. My research seeks to understand low-frequency climate variability, using paleoclimate records to provide insight into present-day climate dynamics. I look forward to using the Schlanger Fellowship to understand how variability is recorded by proxies to constrain low frequency forced and unforced climate variability over the Holocene.