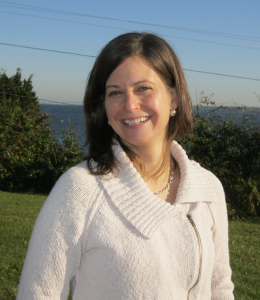 The transition from the warm Pliocene to the cool Pleistocene begins with onset of major Northern Hemisphere glaciation at 3.0-2.7 million years (Ma), cooling of the high latitudes and deep ocean and the shoaling of the thermocline. Cooling of the whole surface ocean and establishment of strong zonal and meridional atmospheric circulation began around 2.0 Ma. New high-resolution nitrogen isotope records from the eastern equatorial Pacific, together with existing records from the North Pacific and the Arabian Sea and a multi-site survey, show a regional intensification of oxygen minimum zones (OMZs) and the expansion of water column denitrification accompanying the cooling ~2.0 Ma. This may be due to the inception of a modern polar frontal system and mode water circulation, a the primary conduit of nutrients and oxygen to the low latitude thermocline, and ultimately to the OMZ. These results run counter to the anticipated expansion of the OMZs with warming and stress how climate-related changes in circulation may complicate our ability to predict future changes.

Robinson has participated in 3 ODP/IODP expeditions, as both a student technician (Leg 167) and a shipboard sedimentologist (Leg 202 and Exp 320).