What Drives the Indian Summer Monsoon? New Perspectives from the Bay of Bengal 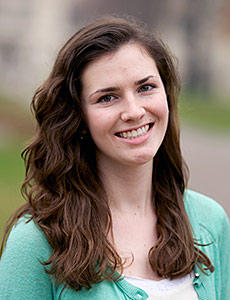 Understanding the mechanisms that control the variability of the Indo-Asia monsoon system is vital to over half of the world’s population who depend upon monsoonal rains for water and agriculture. Competing hypotheses yield significantly different interpretations of Indo- Asia monsoon forcing mechanisms. One hypothesis, based on Arabian Sea wind proxy records, indicates that monsoon changes are strongly coupled to internal changes in greenhouse gases, ice volume, and cross-equatorial transport of latent heat. Another hypothesis, based on East Asian speleothem δ18O, hypothesizes that external insolation forcing is the primary driver of monsoon intensity changes. Expedition 353 records offer an unprecedented opportunity to test these hypotheses by investigating hydrologic changes surrounding and within the Bay of Bengal. Introduction: Indian summer monsoon rainfall is a critical source of water for Southeast Asia, the most densely populated area of the world. Variability of Indian summer monsoon rainfall can be disastrous, leading to flooding or droughts. Projections of changes in Indian summer monsoon rainfall is a key challenge for global and regional circulation models, particularly under climate change scenarios. In order to understand Indian summer monsoon rainfall variability, we need to understand the forcing mechanisms.

Born in Alaska and raised in New England, I’ve always been curious about the world around me. Through paleoclimatology, I can appreciate the Earth’s past while having an eye to our future. I got my BA in geology at The College of Wooster in Ohio. As an undergraduate, I participated in paleoclimate studies with researchers from Wooster, Lamont-Doherty Earth Observatory, and Woods Hole Oceanographic Institution and was a Clare Booth Luce Research Scholar and a Goldwater Scholar. I am currently pursuing a Ph.D. at Brown University in the Department of Earth, Environmental, and Planetary Sciences where I am working with Steve Clemens and Yongsong Huang. I study sediment cores from the Bay of Bengal using water isotope proxies to understand Indian summer monsoon system. The Schlanger Fellowship will allow me to create an orbital scale Dleaf wax record adding to multiproxy examination of Indian summer monsoon rainfall that will address local, regional, and systematic monsoonal variability and forcing mechanisms, advancing the physical understanding of monsoonal rainfall variability.