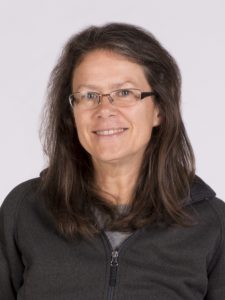 IODP drilling of marine sediments around southern Africa during Expedition 361 offers exciting opportunities to elucidate the long-term role of the Agulhas Current System in ocean circulation and southern African climate variability through the past 5 (as much as 7) million years. The Agulhas Current is the strongest western boundary current in the Southern Hemisphere, transporting some 70 Sv of warm, saline surface water from the tropical Indian Ocean along the East African margin to the tip of Africa. Exchanges of heat and moisture with the atmosphere influence southern African climates, including individual weather systems such as extratropical cyclone formation in the region and rainfall patterns. Recent ocean model and paleoceanographic data suggest that the Agulhas Current may be a factor in the strength and mode of the Atlantic Meridional Overturning Circulation (AMOC) during the Late Pleistocene. Expedition 361 obtained records that will allow documenting paleoclimate and paleoceanography of this region. The main objectives of the expedition were to establish the sensitivity of the Agulhas Current to climatic changes during the Pliocene–Pleistocene, to determine the dynamics of the Indian-Atlantic gateway circulation during this time, to examine the connection of the Agulhas leakage and AMOC, and to address the influence of the Agulhas Current on African terrestrial climates and coincidences with human evolution.

Dr. Hemming is a geologist/geochronologist and is a professor in the Department of Earth and Environmental Sciences at Columbia University and a senior member of the Lamont-Doherty Earth Observatory staff.