The chilling effect of mountain growth: Cenozoic insights from the Asian submarine fans 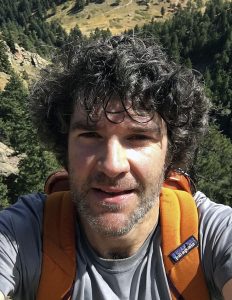 Plate tectonics have a strong influence on large scale oceanic circulation, creating basins and altering flow through time. Despite plate tectonics operating on a very different scale from climate, it is becoming increasingly clear that small and incremental tectonic change can have a major influence on climate. Before the uplift of the Maritime Continent, the Indonesian Throughflow allowed for waters to move easily from the tropical Pacific to the Indian Ocean. Drilling on the northwest margin of Australia (IODP Expedition 356) allowed us to document the timing and impact of restriction of the Indonesian Throughflow in the middle Pliocene.

Analysis of Expedition 356 slope and shelf sediments indicates northwest Australia was humid in the early Pliocene. The progressive restriction of the Indonesian Throughflow greatly impacted Australian climate, depriving much of the continent of the abundant humidity available earlier. This shift to a climate similar to the modern began in the mid Pliocene (~3.5 Ma). By ~2.4 Ma, dust records indicate northwest Australia had an arid climate with strong seasonal rains. The restriction also influenced Indian Ocean circulation, with significant changes in the surface and deep waters. Regional changes in the northeast Indian Ocean are coincident with east African climatic shifts and so the restriction may, in turn, have influenced human evolution, as predicted by earlier modeling studies.

Dr. Galy is a tenured Associate Scientist in the Marine Chemistry and Geochemistry department at Woods Hole Oceanographic Institution (MA, USA). He received a master of geological engineering and PhD in geosciences from the Institut National Polytechnique de Lorraine (Nancy, France). His research focuses on multiple aspects of biogeochemistry including carbon cycling in terrestrial and oceanic environments, the long-term evolution of the earth surface and paleo-climate. Valier has worked on deep sea drilling cores since his master thesis, which focused on cores from DSDP Leg 22. In 2015 he sailed as an organic geochemist on IODP expedition 354 to the Bengal Fan.