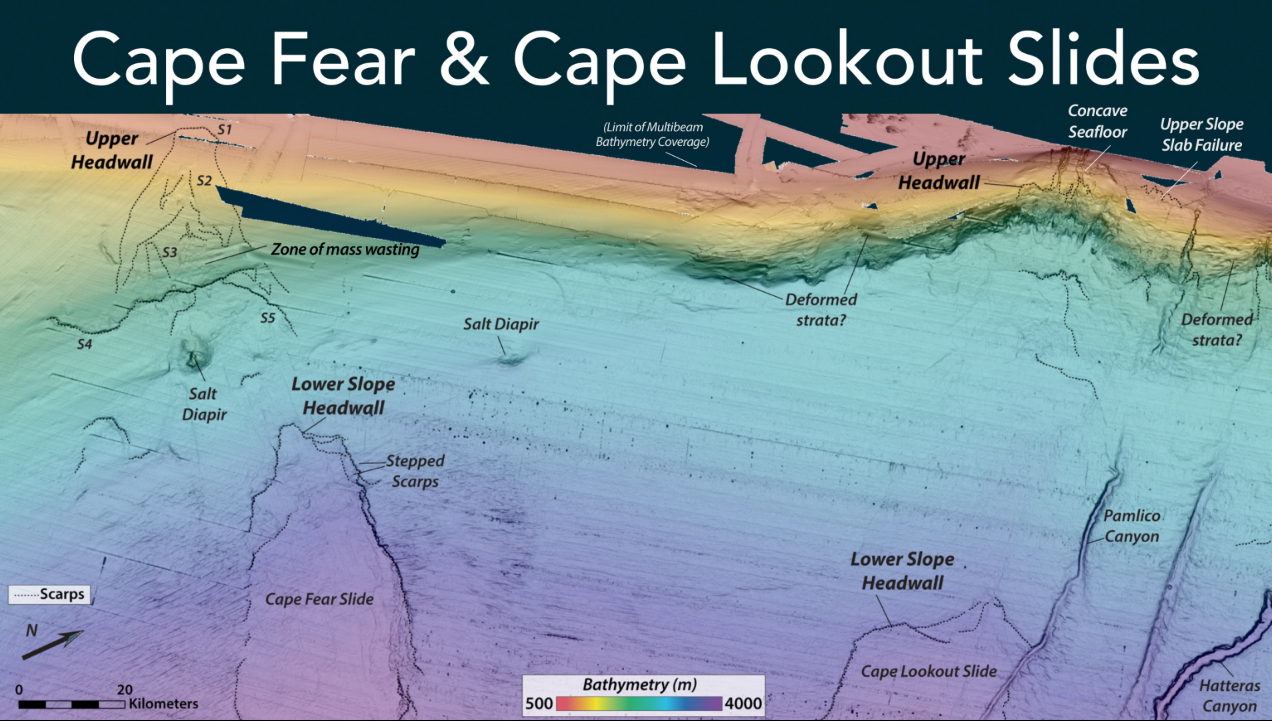 The western North Atlantic margin is home to some of the largest Quaternary submarine landslides on Earth, yet the cause, timing, current stress-state, and mechanics of these failures remain almost entirely unconstrained. Understanding slope failure is of fundamental importance for assessing marine sediment transport processes as well as the possible tsunami hazard (as evidenced by the 1929 Grand Banks landslide and associated tsunami). To explain why sediments in this region may be weak and therefore prone to failure, multiple hypotheses exist, including reduced stresses caused by hydrate dissociation due to ocean temperature warming, changes in subsurface pressures related to sedimentation and fluid flow, and differential pressure development along headwalls due to pore pressure rebound. These hypotheses are not mutually exclusive and testing each requires assessing sediment stress states, paleo-ocean temperature, and high resolution estimates of sedimentation rates with slope failure timing, all of which requires drilling data.

The goal of this workshop is to bring together researchers interested in developing a proposal that tests each of these hypotheses, and from this constrains past, present, and perhaps future stress conditions in areas where evidence of pervasive Quaternary sliding exists. The hope is that this workshop will lead to at least one well-developed full proposal submitted to IODP by Fall 2017.

The workshop will be held April 11-13, 2017 at Southern Methodist University in Dallas, Texas, USA.

Participation support is available from the U.S. Science Support Program (USSSP) for a limited number of participants from U.S. institutions and organizations. Students and early career researchers are strongly encouraged to apply.

All interested participants should send a two-page CV or NSF-style biographical sketch and a one-page statement of interest to Matt Hornbach (mhornbach@smu.edu) no later than February 20, 2017. Applications will be reviewed and invitations sent by the end of February.

Contact Matthew Hornbach (mhornbach@smu.edu) with any questions and to apply for the workshop.